I was misinformed, Theresa, it was imagined said that she didn't want to go to Crathes Castle because their would be too many members of the public that are invalid or have over 2 kids even worse if they had been the victim of rape. Either way they probably couldn't afford it and their is the  'OMG they might start asking questions'! Shrek aka rape clause Ruth Davidson came under fire after she said that 'Scots aren't usually invited to plush events for fear they might cause damage or steal items'! Secondly the castle is stone coloured and not pink. Theresa wanted a pink fairy castle.

Fortunately it seems Lord Farquaad aka Alexander James Amherst Burnett of Leys MSP multi millionair had organised something more affordable and fitting of the event. He was the master of pulling strings. The cunning plan was he would hire the hall claiming it was for a childrens party. Oh yes and Theresa could promote some of the Conservitave aids who're nae getting a name cos they're devil worshippers and shouldn't be allowed to kids parties or be elected as mps it would appear that they have been involved in electoral fraud, real or no real? REAL!

The party was a roaring success in the 100 capacity hall conservatives estimated there were 1500 crammed into the Crathes Hall. The figures could not be corroborated, nothing new their then.

Published in Scottish Politics
Tagged under
Be the first to comment!
Wednesday, 22 February 2017 12:08 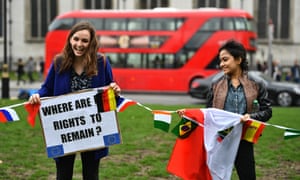 And our rights of keeping our EU Citizenship!

to remain as an EU citizen?

Published in Scottish Politics
Tagged under
Be the first to comment!
Friday, 17 February 2017 11:28

2 To this day, Israel maintains an ambiguous posture about its nuclear weapons, despite the declassification of formerly secret U.S. government documents which assert the existence of Israeli nuclear weapons. In addition , the revelations of Mordechai Vanunu in 1986 revealed a larger nuclear weapons program than commonly assessed at that time.

3 The heart of Israel’s nuclear weapons production complex is the Dimona site near the city of Beersheva. This site contains a n umber of secret nuclear facilities for the production of plutonium, including a heavy water reactor, a fuel fabrication plant, and a plutonium separation plant, all provided by France in the 1950s and early 1960s. The site also reportedly contains facilit ies likely involved in tritium extraction and purification (using tritium also produced in the reactor), lithium production, and possibly facilities dedicated to uranium enrichment, at least on a research and development scale. Israel’s source of pluton ium is a reactor at Dimona . Before plutonium is usable in a nuclear weapon, it must be chemically separated from the irradiated reactor fuel. Vanunu’s revelations have provided the public with its only detailed glimpse into Israel’s plutonium separation program.

5 In brief, the reactor generated about 40 megawatt - thermal (MWth) soon after it began operating in December 1963.

6 The reactor’s power was later increased. According to a U.S. official, who spoke on condition of anonymity, the consensus of people in the U.S. government who have studied the available information was that the reactor’s power probably did not exceed 70 MWth.

7 There is disagreement about whether the power was further increased above 70 MWth, largely as a result of discussions based on information provided by Vanunu about the operations at the nearby plutonium separation plant. His information, if taken literally, implied the reactor power reached about 150 MWth. However, there are reasons to doubt that the power reached this level except for at most a relatively short fraction of the reactor’s operation. In a 2010 study by the International Panel on Fissile Materials (IPFM) , the authors assume in two of four scenarios that the power was at 140 MWth for about seven years of the reac tor’s multi - decade operation.

8 The other two scenarios cap the power at 70 MWth. In this plutonium estimate, however, the maximum power is taken as 70 MWth.

9 The evidence is not seen as sufficient to use the 150 MWth power rating. Plutonium Inventory Determining Israel’s plutonium inventory rests principally on estimating the total amount of plutonium produced in the Dimona reactor and assuming that the plutonium is separated fully in the plutonium separation plant.

There were likely problems in both the reactor and separation plant that reduced operations and caused bottlenecks in planned production. In addition, Israel may have reached a saturation point on plutonium for nuclear weapons and may no longer want more, although it may still separate an d store the plutonium rather than store irradiated fuel from the reactor.

Many estimates have tended to create high - sided estimates that build off upper bound estimates of the power and operational efficiency of the Dimona reactor. This generally optim istic view on plutonium production should be balanced by the general difficulty of operating reactors and plutonium separation plants.

This is reinforced in the context of Israel by a comment several years ago (in the 1990s) to the author by a then former head of Israel’s Atomic Energy Commission who said that plutonium was harder to produce than many think. Faced with a lack of specific operational data, this estimate uses a range of variables in a relatively straightforward equation that estimates to tal plutonium production:

The reactor’s power is taken as between 40 and 70 MWth during its lifetime. In the probabil ity distribution for this variable, higher powers are favored. This weighting of powers closer to 70 MWth reflects the available data that the average reactor power during the nearly five decades of Dimona’s operation has been closer to 70 MWth than 40 MW th. The capacity factor is difficult to estimate.

There is no public information on this key variable. Apparently, the reactor must be shut down to reload fuel, which makes a capacity factor greater than 75 - 80 percent doubtful to achieve if there are g reater than two or more refuelings in a year. Faced with a lack of data, and assuming that Israel managed to operate the reactor competently, a capacity factor range of 60 - 80 percent is used. The plutonium is used for nuclear weapons with few drawdowns.

The two included in this estimate are processing losses, which are taken as ranging uniformly from 2 - 4 percent of the total plutonium produced, and a possible nuclear test (see below). The test is assumed to have a 50 percent chance of actual occurrence and , if it did occur, involved 3 - 5 kilograms of plutonium. The calculation of plutonium produced is performed with Crystal Ball ® software. Figure 1 shows the distribution of net plutonium values, reflecting the relatively small drawdowns. The median is about 660 kilograms, with a standard deviation of 85 kilograms and a full range of 400 - 915 kilograms of plutonium. Eighty percent of the results fal l within about 115 kilograms of the mean, which is taken as the range for this estimate. 10 Global Fissile Material Report 2010, Balancing the Books: Production and Stocks , op. cit., pp. 109 and 159. T he corresponding burnup of the irradiated fuel is assumed to be between about 400 and 500 MWth - days/tonne. Higher burnups in the range of 500 MWth - days may have been sought to reduce uranium requirements, since Israel has had to import most of its uranium for the Dimona reactor. At 500 MWth - days/tonnes, the plutonium 239 fraction is estimated to be about 97 percent, more than sufficient for nuclear weapons, see Global Fissile Material Report 2010, Balancing the Books: Production and Stocks , p. 159. ISIS R EPORT 4 | P a g e Figure 1 : Total plutonium, reflecting small drawdowns due to processing losses and possibly nuclear test in 1979 in South Atlantic. These results compare with the IPFM’s 2010 result of 800 + 125 kilograms. 11 So, while the IPFM’s values are within the full range of this estimate, the medians differ by 140 kilograms, where the IPFM estimate is greater. Much of this difference can be att ributed to the lower maximum power and the lower average capacity factor used in this estimate compared to the IPFM estimate. The IPFM assumes a 75 percent capacity factor, compared to this estimate which uses a range of 60 - 80 percent. Number of Nuclear Weapons

The actual number of Israeli nuclear weapons is a closely guarded secret. Vanunu never claimed that he saw a completed nuclear weapon or knew the purpose of the components he saw. 12 He did say that the components were transported under extensive security to a facility in Haifa.

The facility in Haifa may have been part of RAFAEL, the transliterated Hebrew acronym of Israel’s Authority for the Development of Armaments. In the 1950s and 1960s, RAFAEL is believed to have led the effort to develop Israel’s first nuclear weapons. 13 But in general, little information is available about Israel’s industrial facilities that develop and make nuclear weapons. An on - going debate is whether Israel tested a nuclear explosive device in the South Atlantic in 1979. If true, this device is posited to be a low yield fission weapon suitable for use as a miniaturized fission weapon or a primary in a two - stage thermonuclear weapon. Israel has a wide range of delivery vehicles for its nuclear weapons. With French assistance in the 1960s, Israel developed the nuclear - capable Jericho ballistic missile. It has developed several improved missiles since then on its own, as well as nuclear - capable cruise missiles. It also has 11 Global Fissile Material Report 2010, Balancing the Books: Production and Stocks, op. cit., p. 112. 12 “Revealed: the Secrets of Israel’s Nuclear Arsenal,” op. cit. 13 Israel and the Bomb, op. cit. ISIS REPORT 5 | P a g e aircraft that can deliver nuclear weapon s.

It may have the capability to launch nuclear - tipped cruise missiles from its submarines. Israel also procured a wide variety of high tech nuclear dual - use equipment from abroad, which often was acquired illegally. In the 1990s, under U.S. pressure, senior Israeli government officials stated that Israel committed not to violate supplier controls to acquire dual use goods for its nuclear programs. Occasional procurements possibly intended for the nuclear program are observed despite this pledge. Overall, Israel is assessed as having sophisticated nuclear weapons that likely rely on a range of quantities of plutonium. In this estimate, the nuclear weapons are assumed to hold between three and five kilograms of plutonium.Although the five kilograms figure is rather large, it is viewed as an upper bound. A weapon could use this amount of plutonium in order to increase its explosive yield or permit further miniaturization. Based on the total production of plutonium, the median for the number of nuclear weapons is about 165 with a standard deviation of 33 and a full range of ab out 90 - 290 weapons (see figure 2 ). About 80 percent of the results are within 50 of the median. Likely, Israel did not build this many nuclear weapons. A reasonable assumption is that the number of deployed weapons is 30 percent lower, or 115 nuclear weapons as of the end of 2014. Figure 2 : Nuclear weapons equivalent of net plutonium total .

Published in Scottish Politics
Tagged under
Be the first to comment!
Tuesday, 24 January 2017 01:19

Published in Scottish Independence
Tagged under
Be the first to comment!
Wednesday, 09 November 2016 08:36

IT's a beautiful thing! President TRUMP!

YOU'R GOING TO JAIL HILLARY and the rest of your co-conspirators!

Published in Scottish Politics
Tagged under
Be the first to comment!